Atlantic City Boardwalk Bail Bonds, owned by Rosie Imperiale has been in the bail bond business for 17 years already. Now, there will be major changes to the business as well as to the criminal justice system with the bail reform law expected to come into effect on January 1. Most of the cases will see alleged offenders kept in jail awaiting their trials or be freed on a court summons.

According to an article by the pressofatlanticcity.com, “Under the new system, Superior Courts can set bail for someone who fails to appear in court for a complaint summons. Those arrested on a summons will be taken to a police station, booked, issued charges and released pending their court dates.

Those arrested on a complaint warrant will be taken to the county jail for as long as 48 hours until a decision is made on whether they will be kept or released. Bail could still be an option for these people if set by a judge, but that scenario is unlikely.”

According to Imperiale, who owned Boardwalk Bail Bonds for 17 years, “The reform is significantly going to affect my business, there’s no doubt about it,” she said. She also added that she may relocate her building to a smaller location next year. “As I understand there are still going to be bail bonds out there, but they’re probably not good ones to do.”

Additionally, the article also states that “A big issue bail bond companies see with the reforms is the possibility of people skipping their court dates. Imperiale said the new law cuts out a layer of monitoring between the courts and the alleged offenders. But they don’t set up well for the bail bond business.”

It is important to understand that when it comes to fighting crime and violence and improving the justice system, sacrifices must be made. Bail bond businesses may be threatened by new bail reforms this year. But, if these reforms can help the community fight crime and violence by letting offenders realize they cannot just get away with what they did by setting bail, then these reforms can actually be helpful in reducing the number of criminal offenders. This is considering the fact that most cities nowadays, like Birmingham, had a truly alarming crime rate during the year 2016.

For the first time in 10 years, Birmingham got a triple-digit homicide tally, which made the year 2016 such a bloodshed for the city. There were a total of 104 homicides noted and authorities marked 92 of them as criminal. From 144, the whole of Jefferson County saw an increase in homicides to 151. 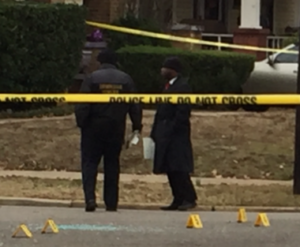 In a recent article by al.com, A.C. Roper, Birmingham police chief said that“We are extremely disappointed with the increase in homicides in our city this year. It is extremely sad, but we are wrestling with this issue across the nation,” He also added that, “The bottom line is these crimes primarily involve people who know each other and are quite often involved in illegal drug activity or some other risky lifestyle choice.”

More specifically, the article states that “Of the 104 homicides in Birmingham, 10 have been ruled justifiable and two were officer-involved shootings by outside law enforcement agencies – the Shelby County Sheriff’s Office and the Irondale Police Department. Birmingham police do not count homicides ruled justifiable in their year-end tally because they only have to include criminal homicides in what they turn in to the FBI each year.”

Mike Hale, Jefferson County sheriff said that “We believe the Metro Area Crime Center recently kicked off where area agencies have joined together to fight crime has a chance to impact violent crime in every jurisdiction,” He also added, “We will be watching that closely. That’s the goal. Hopefully we can keep these numbers trending down.  We will work hard for that and our prayers will be with those that are lost and their families.”

According to the article, “The sheriff said they are constantly looking at crime    trends, new strategies and technology to embrace that they believe will benefit our communities.”

On the other hand, police chief Roper said he is also looking forward to a more pleasant 2017, saying that “Our city has experienced good success lowering our homicide rate in the past,” and adding that, “I believe we can do it again with community support. It’s not easy but our families deserve it.”

It is easy to understand the concerns of bail bondsmen regarding the effects of new bail reforms to their business. However, if the city officials believe these reforms can also make positive changes to the justice system and contribute to a lesser crime rate for 2017, then it may be worth a try.

Check out Quick Release Bail Bonds any place below: